The countdown to Monday June 7th and the reopening of pubs and restaurants across Ireland for outdoor dining is well and truly underway. You may notice a slight change in draught offerings in your locals.

Here at Rye River Brewing Company, our brewing heritage is rooted in producing the highest quality Irish craft-brewed beer and we never have and never will lose our focus on that. As the demand grows for our range of craft beers brewed right here in Celbridge, Co. Kildare, we believe that a greater focus on Rye River Brewing Company as a brand will help the brewery in our next phase of development.

Therefore, we are so excited to share with you our brewery-led, Rye River Brewing Company brand launching on draught in pubs and restaurants across Ireland this June, replacing McGargles on tap. 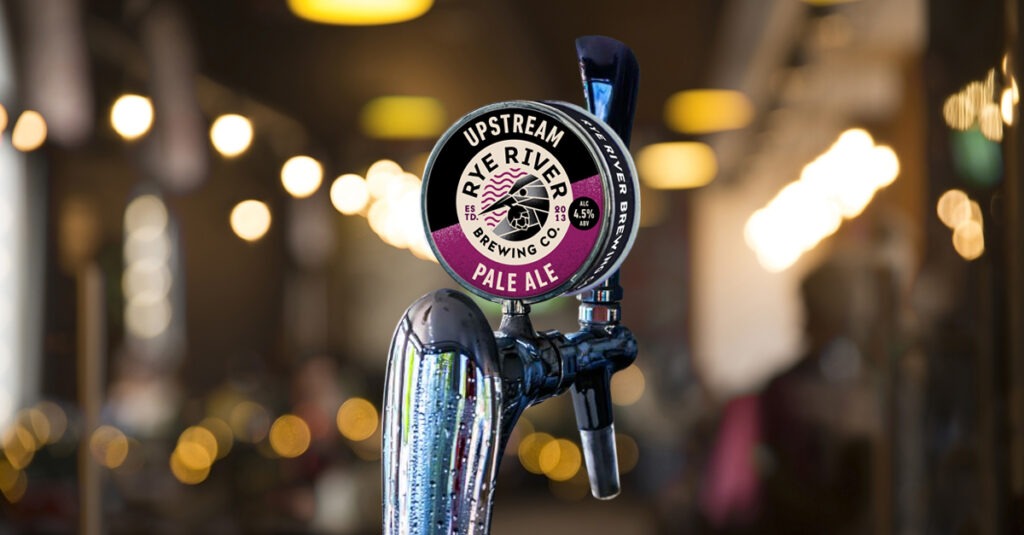 We are pleased to say that our beers are not changing…

It’s the same great beer, with a great new look!

It’s an exciting time for us here at the brewery and we are so thrilled to finally share these great developments with you.

So when you’re enjoying your Rye River pints in beer gardens and outdoor areas this summer, definitely share your photos and tag us on social media for us to see and share with everyone! We love to see it! Make sure you’re following us on Instagram, Twitter, and Facebook.

And if you have any questions, please feel free to get in touch with us by emailing us at info@ryeriverbrewingco.com.

This week sees the return of cult favourite, Miami J, with some Cryo Hops used in this special edition.

A blend of Citra, Mosaic, Galaxy, Cascade and Amarillo is used to create this juicy IPA that accentuates all the things we love about the softer side of hops.

Brace yourself for the haze! 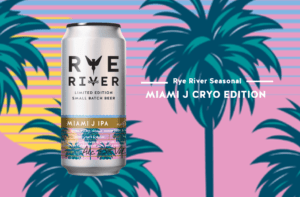 Miami J Cryo Edition is available from the following stockists. But be quick, we expect this one to sell out fast!

Following on from our success at the World Beer Awards 2019, we have released our final limited-edition Rye River Seasonal brew of 2019 entitled ‘GARNET’. The new beer is an exceptional Cognac Barrel Aged Imperial Brown Ale and has a ten-year shelf life. Garnet is a unique brew; matured in Cognac barrels for the last 7 months to produce intensified aromas in this perfectly blended, premium seasonal beer.

Commenting on our newest launch, Head Brewer, Bill said: “They say good things take time and this is no exception. This is a one of a kind beer created with a great deal of love and care. We initially brewed this back in March and filled it into our cognac barrels, seven months later, a deep Garnet beer emerged from the barrel. This is the perfect beer to warm you up in the colder months ahead. We are very proud of this special beer and think it’s a great addition to our award-winning collection.” 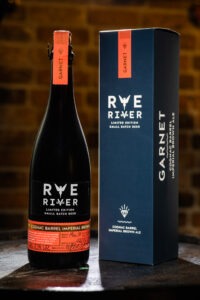 Only 2080 individually numbered bottles were produced. Please see below for current & upcoming stockists:

The Carpenter Off Licence, Co. Dublin